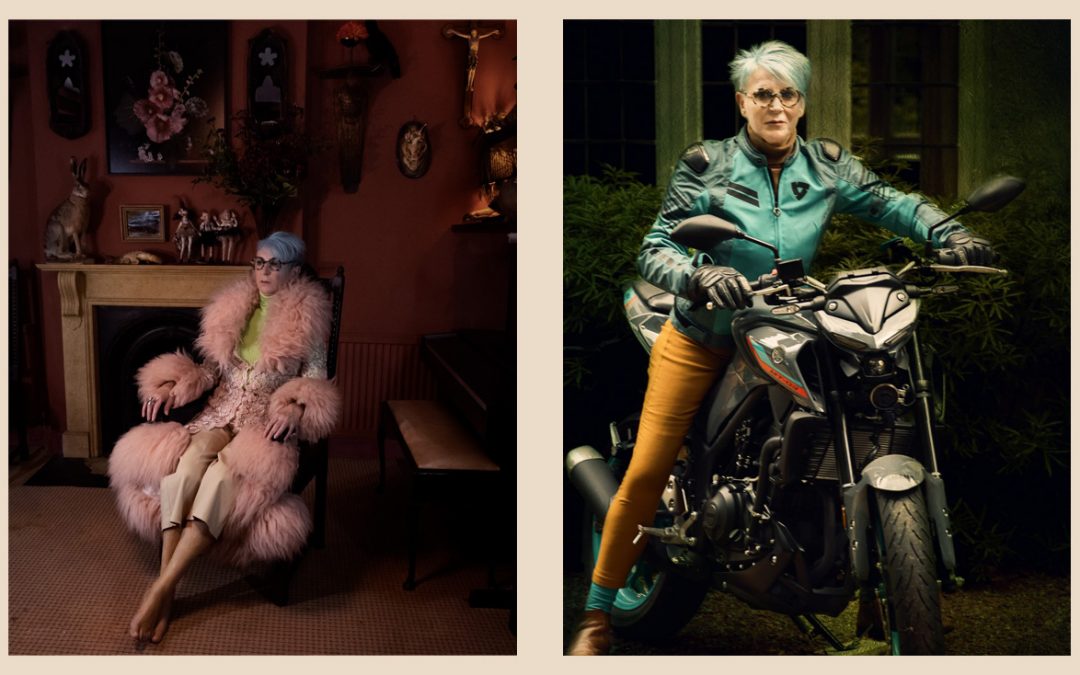 This project came about after years of riding motorbikes with me asking the question, ‘how does the way we dress as female riders affect the way people treat us and what assumptions are made about us?’

I went on my first visit to the ‘Women in Motorcycles Exhibition’ last year and found myself meeting a variety of women who ride motorcycles, some around the world, some for fun and was aware that I was equally as guilty of making assumptions only to have those assumptions repeatedly smashed.

The germ of an idea came to me after I had taken some pictures of a friend on her bike and also some around her house. When I looked at the final two images the contrast between the two was striking. The idea of showing women both on and off their motorbikes grew into a possible project.

This year, I rode to the same exhibition and met a couple of impressive women who had ridden long distance, thousands of miles across several continents.

So began a journey, I travelled to Bristol to take shots of Jaqui Furneaux, she has ridden across India, Nepal and Australia. I went to the Overland Show hoping to get pictures of her on her bike to be thwarted by the news she had slipped a disc and wouldn’t be there. However I did meet two women who had ridden up through South America, shipped their bikes over to Japan, ridden down to Korea and Malaysia. I also met Tiffany Coates who has ridden across Mongolia, India, Africa, Canada to Alaska, Timbuctoo, Tibet, Madagascar, Borneo and more. and now leads rides around Morocco and South America.

Meanwhile Sam a member of the Sussex Lady Riders had put out the word and I had four volunteers ready to come down to Hastings to have their photos taken.

We had a great day in Hastings, photographing in Hastings County Park and then down to the Stade and a change of clothes for portraits. Beautiful pictures emerged of strong beautiful women both on and off the bikes, riding and taking photographs, my idea of a perfect day.

I then embarked on a round trip, it felt like a pilgrimage, to visit and photograph the long-distance riders. Bristol for Jaqui, Weymouth for Sheonagh and Pat and onto Penzance for Tiffany.

I rode a total of 1100 miles through the autumn in England. Reds and russet orange and the last of the green on the trees streaked by me. I met sheep, mud, rain and lots of friendly people and on the last leg I saw the sun rise over the sea in Penzance, while Tiffany took a dip in the sea.

Jaqui treated me to goat’s stew for my birthday and Pat pumped up the tyres on the bike in Weymouth. Louisa, my friend let me lay comatose on her sofa at my last stop before riding home.

And here are the results so far. I hope to take a few more. The plan is a small show, possibly at the Carlisle public bar (a well known bikers hub) for the May bank holiday weekend when the town is filled with thousands of bikers enjoying the annual ‘May Day Run’ down the A21. A zine as soon as I can, postcards and prints and an exhibition at the bike shows and hopefully a bigger exhibition, venue unknown. Ultimately, I’d like to produce a book, the pictures deserve to be seen and the women who ride motorbikes deserve to be out there in print. 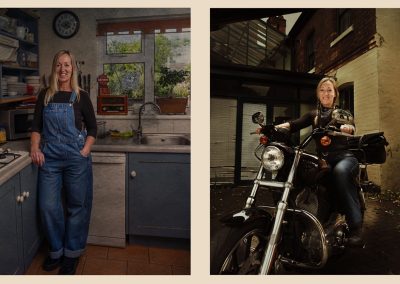 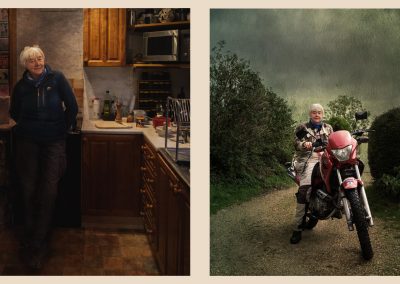 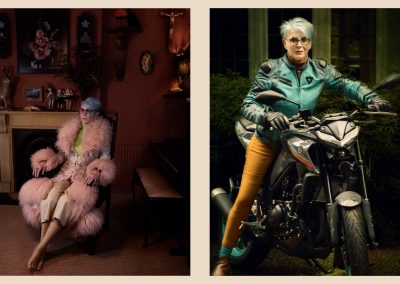 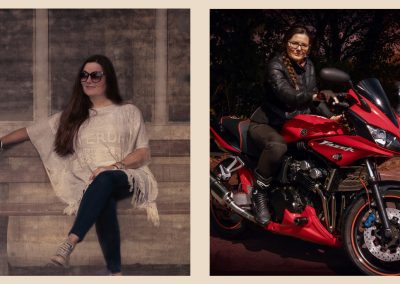 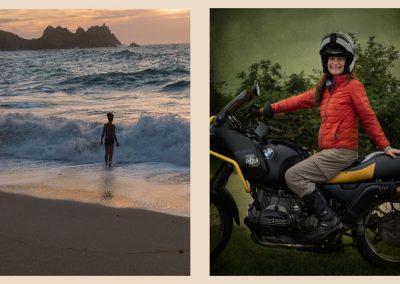