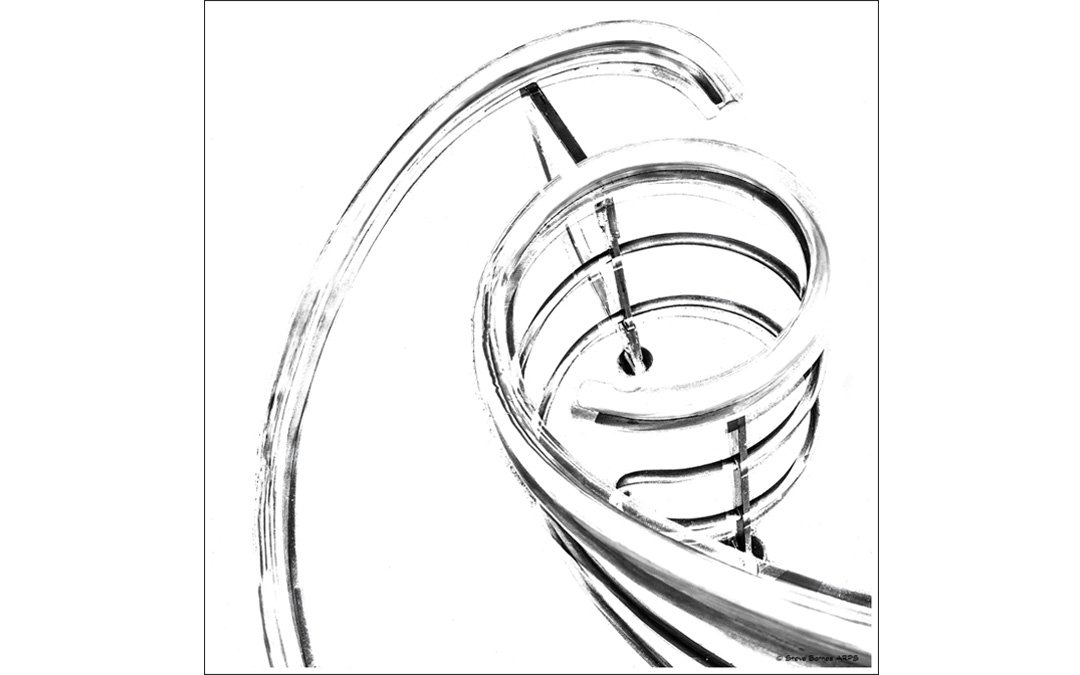 An exhibition by Steve Barnes.

Influenced by the stark beauty of the building that emerged from the original sketches drawn by the architects Mendelsohn and Chermayeff I was inspired to re-imagine the building, showing the juxtaposition of horizontal vertical and elegantly curved features in photographic prints that emulated the plan drawings. I photographed the De La Warr Pavilion throughout 2017 and 2018, and decided to represent the final images in a high-key, abstract and ‘Modernist’ manner. I came across some sketches by the architects and decided that I wanted to re-imagine my photographs as if they were architects’ drawings. I developed a style that was fine-line oriented rather than purely representational. This one-off project gave me that opportunity and it is a privilege to show them to you in this exhibition.

Bexhill-on-Sea’s Grade one Listed De La Warr Pavilion, built in 1935 and renovated in 2005 is one of the most important British Modernist buildings, and is globally recognised as such. It was built in under 12 months of a, then un-tried, welded steel frame encased in concrete. The load bearing frame enabled the creation of cantilevered balconies, floor to ceiling windows and unusual glazed staircases seemingly floating in mid-air; features that previously had never been seen in modern architecture.

The De La Warr was a masterpiece in its time, and almost never came into existence because of the resistance towards the European influences of the ‘Continental’ style just before the Second World War. It followed the tenets of the Modernist Movement in architectural construction and was replicated in the Marina Building in which this gallery sits, in the Saltdean Lido and many London tube stations.