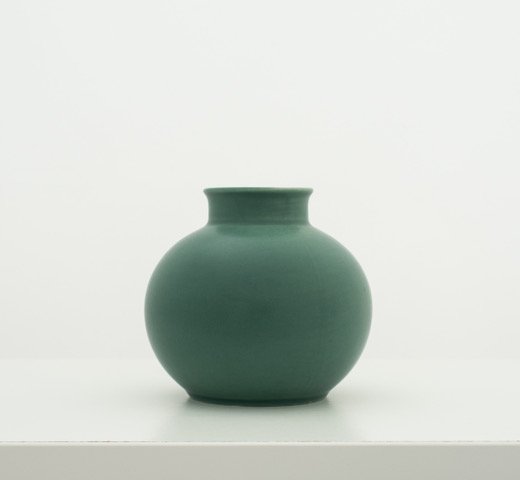 I have seen many exhibitions at Solaris: some I have liked, others not so much, but whatever I feel about them, they are always stimulating. I didn’t know what to expect as I stepped into the gallery but was definitely captivated by the simple pot photographed as if a precious, valuable Ming vase. So what else would be in the show? Well, pots and more pots. Various sizes and shapes, and all very different colours.

The effect was extraordinary: calming, meditative, relaxing. Very Zen. Was it boring? Not at all.

Talking to Susan Ormerod she admits that they are not pots that are worth a great deal. She started collecting them a while ago when a Poole pottery vase caught her eye, much like one her mother had owned. Later she scoured junk and charity shops for more Poole pottery and for other pots with pleasing shapes.  The Poole pots have been made since the 1950s and still are today. The colours have changed over the decades yellow and greens in the 60s and 70s, more glittery in the 80s – “like we were then.” And then, as an afterthought occurs, she muses, “I could do a timeline of pots”.

This project is not dictated in any way by value, except that of simplicity: the pots are simple, humble, honest and “the most colourful work I have done”.  The pots are utilitarian: one is even an old, ceramic mustard pot. At first she was picking them up rather cheaply, from junk and charity shops — then Lockdown hit.  Unable to go out she went on eBay and bought them there. She seems to have created a market and also “to have priced myself out of the market.” Unwittingly, by collecting them she has given them a value; prices have risen from around 99p plus postage to an unrealistic (and obtainable) £20.

She photographed them top-lit by daylight and then used front lights to eliminate the shadows. The light has changed as the year and seasons have turned. They stand confident in their own space.

I was particularly drawn to three images at the front of the gallery; they are not single pots but have been photographed as a duo and two as a trio. They are so beautiful, fragile,slightly blurred and distorted from light refraction; light shines through a semi-closed blind, they appear monochrome. Are they disappearing or coming into focus?

The pots are not going to be retired to a shelf in her studio just yet. Other ideas are bubbling under. When not employed for their portraits they are ranged around her completely new, designed and built studio. But there is life in them yet; the pots have a way to run.  One of the installations at the back of the gallery is the beginning of new work. It is 3-D, a wooden shelf, a painted canvas and an upside-down photograph of a pot entitled I’ll take it in red.

Ormerod is an extremely talented artist. After a BA in Fine Art at Trent Polytechnic, Nottingham, she did postgraduate studies at The Slade. Durng the 1980s and ’90s she worked as a photographer, photographing artworks and exhibitions for international galleries and working with artists such as Richard Deacon, Damian Hirst and Anish Kapoor. She has exhibited widely in the UK, Germany and Poland as well as locally at the Towner Art Gallery, Electro Studios, an installation for Art in Romney Marsh, and recently at Hastings Contempoary in A Generous Space.

She lived in Hastings in 2011 before she moved into the countryside with her partner to realise a dream of designing and building their own home. The ‘pots’ project was created during Lockdown. Although she didn’t find the first period of insularity hard, being an artist she was doing what artists do. But the second one was definitely tougher.

There feels to me a fragile, solitary feeling, quietude, even isolation and loneliness to the work. She tells me, she was part of an Arts Council travelling exhibition entitled The Everyday and The Extraordinary in 2016-19. “That title would also be an apt description of this new body of work in this show at Solaris.” Nothing is ever simple. Anything is extraordinary.

And the title – I’ll take it in red? That can signify an artist’s nightmare when someone wants to buy their work and says something like “I love it, but could you do it in red for me.” I think it shows a disrespect and misunderstanding of the artist’s work. Ironically, in the exhibition, except for the new work, none of the single pots are red. 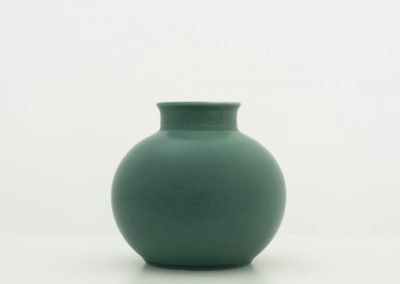 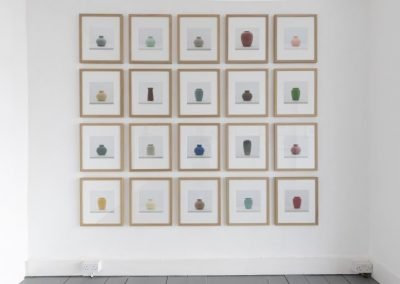 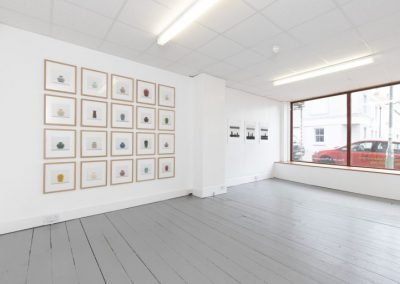 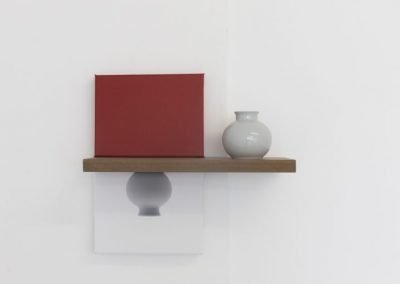 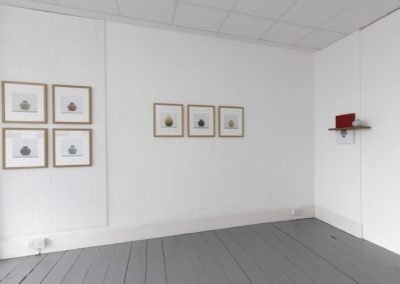 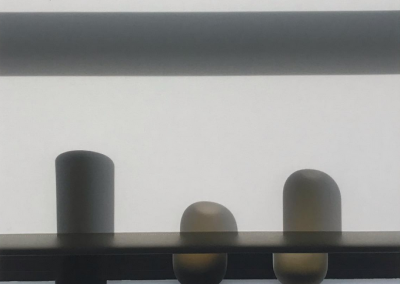 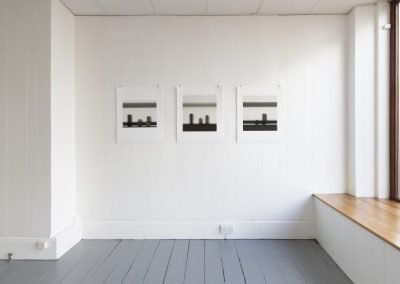