Four artists work with the medium of photography in a group show using water as their unifying concept. The gallery space is located opposite the sea, where a Victorian bathing pool once stood.

Karin-Marie Wach writes of her work: Plastic contamination of our seas and now also the global environment is staggering. Tests show billions of people globally are drinking water contaminated by plastic particles, with 83% of samples found to be polluted.
In the nineties I photographed the gradual building up of litter along the Thames as it made its way to the sea – and in this sense all rivers are sea roads. Given the scale of the problem today, the created artworks, albeit over time, now seem a mere reminder that the road is one of no return. None-the-less, I will include plastic detritus collected in the evenings and mornings from Hastings beach, some of which has also washed up from the sea.

Henderson Island, a tiny landmass in the eastern South Pacific, has been found by marine scientists to have the highest density of anthropogenic debris recorded anywhere in the world, with 99.8% of the pollution plastic. The nearly 18 tonnes of plastic piling up on an island that is otherwise mostly untouched by humans have been pointe to as evidence of the catastrophic, “grotesque” extent of marine plastic pollution.  Nearly 38m pieces of plastic were estimated to be on Henderson by researchers from the University of Tasmania and the UK’s Royal Society for the Protection of Birds, weighing a combined 17.6 tonnes. The majority of the debris – approximately 68% – was not even visible, with as many as 4,500 items per square metre buried to a depth of 10cm.
About 13,000 new items were washing up daily. 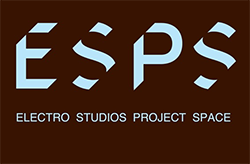