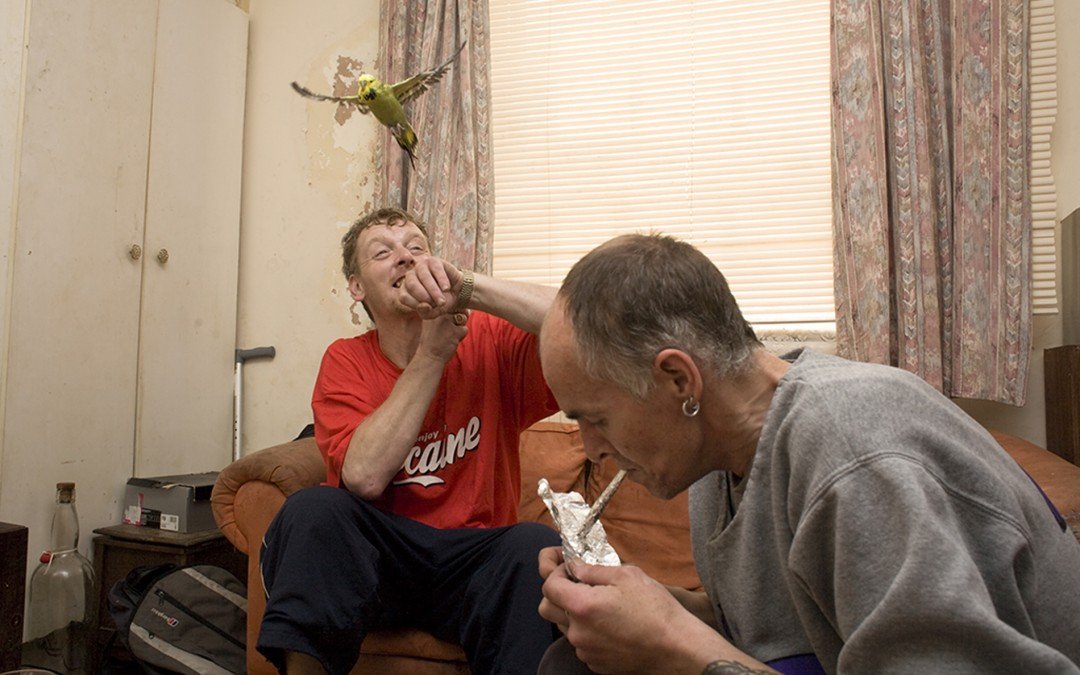 Monday 19 October:
8pm in the bar
Photology event with Andy Moxon
At the Observer building
Andy is the course leader for M.A Photography at the University of Gloucestershire

Among the work that he will show will be his ‘Class A Actions’, series. It documents a repeating cycle common in provincial towns and cities across the UK – Especially areas left behind by the Uk’s economic dependence on property; whereby large numbers of addicts can be housed in low cost, low quality privately owned rentals, a form of small town ghettoisation allowing quick, chaotic and loose ‘communities’ to form. Their rise and fall dependent on prison, illness, death and in few rare cases recovery. ‘Class A’ follows the lives of a number of such addicts in a similar ‘community’ over a three year period from 2007-2010.

It first featured as part of Time Magazines ‘Global Heroin Report’ and later as a Time monograph.
It has been published in Blown magazine and featured in 8 Foto and has been exhibited in the US and UK.
The work has also featured as part of the 2014 Cheltenham International Literature Festival ‘Tomorrows Societies’ debates.

Find out more about our Photology series of talks or the work of Andy Moxon.