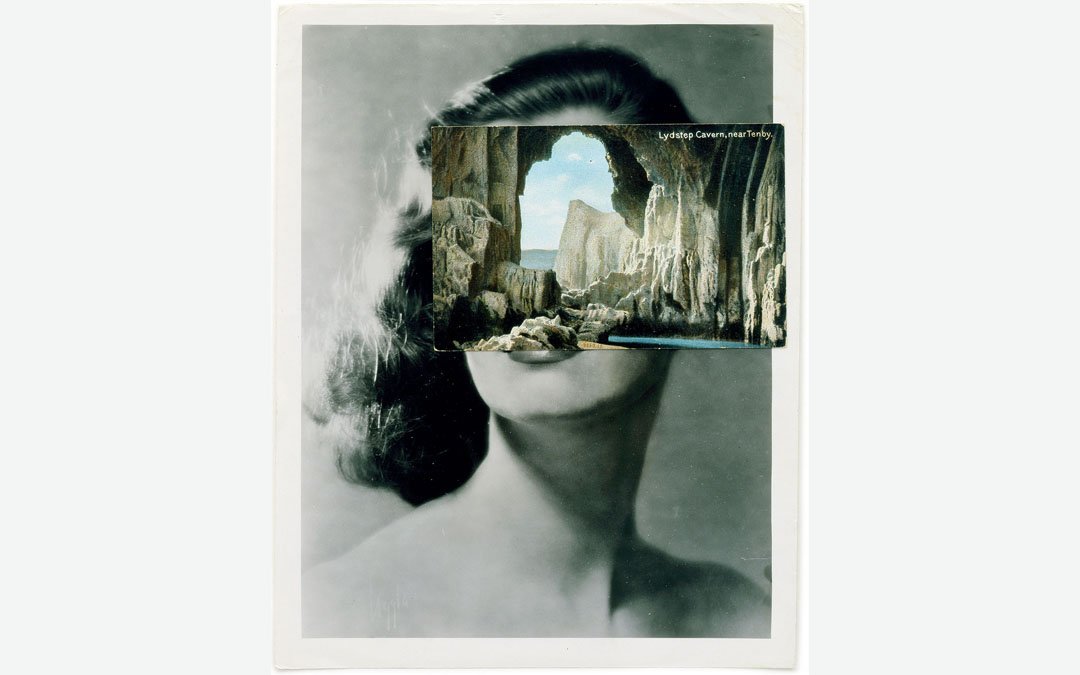 Photology presents, for PhotoHastings 2016, two talks by two leading artists in Photomontage whose parallel paths (both were born in 1949 and studied at The Slade) describe very different journeys.

John Stezaker (British, b.1949) is one of the leading artists in contemporary photographic collage and appropriation. Employing vintage photographs, old Hollywood film stills, travel postcards and other printed matter, Stezaker creates seductive and fascinating small-format collages that bear qualities of Surrealism, Dada, and found art. Indeed, in referring to the large compendium of images he has collected, Stezaker asserts that the images “find him,” not the other way around. With surgical-like precision, Stezaker excises, overlays and conjoins distinct images to create new personalities, landscapes and scenes.
John Stezaker studied at the Slade School of Art, and taught Critical and Historical Studies at the Royal College of Art in London. In September 2012, he was awarded the Deutsche Börse photography prize. Stezaker’s work has been exhibited internationally since the 1990’s and has been adopted in renowned museum collections around the world such as the Museum of Modern Art, New York, the Saatchi Collection, London, and the Tate Modern, London.
Richard Gray Gallery Chicago, 2016.