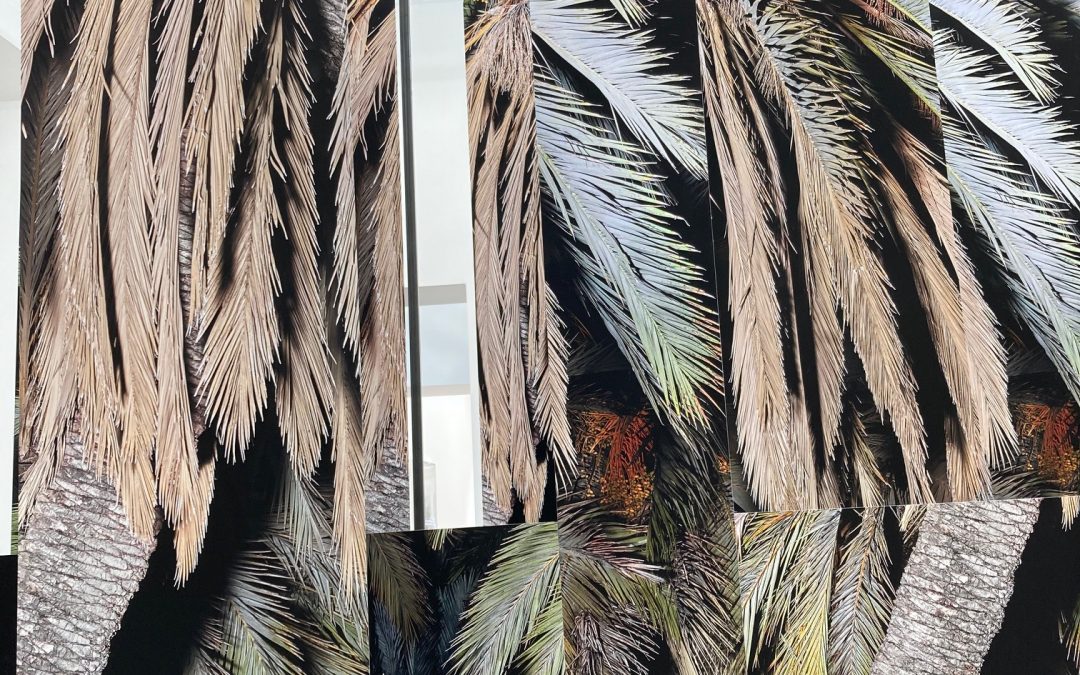 I love small galleries; for the simple reason that you can look at and read the works displayed with more depth and in detail than at a blockbuster show amongst crowds. So I was delighted to note that there was a solo exhibition at the recently opened Edel Assanti Gallery in London, by the French artist Noémie Goudal, who graduated from the Royal College of Art (UK) with an MA in Photography in 2010.

This gallery may be small, but the exhibition was mammoth, in terms of both power and scale. Goudal’s latest body of work is ambitious but not ambiguous and her message is clear. She addresses the crucial issues of climate change and environmental destruction in the field of geology and paleoclimatology.

On entering the inconspicuous little gallery in central London, I came face to face with her four metre high sculptural installation which appears as to be an image of a densely interwoven jungle hanging from the ceiling. But approaching closer around it, it is revealed to be a multi-layered 3D construct of cut-out photographic prints suspended in space by wooden batons, layer upon layers, with images of palm groves from different geographies and timescales. She makes reference to the missing continent known as Atlantica, although I myself was unable to make the connection, not being a geologist. It is an immersive and illusionary installation. 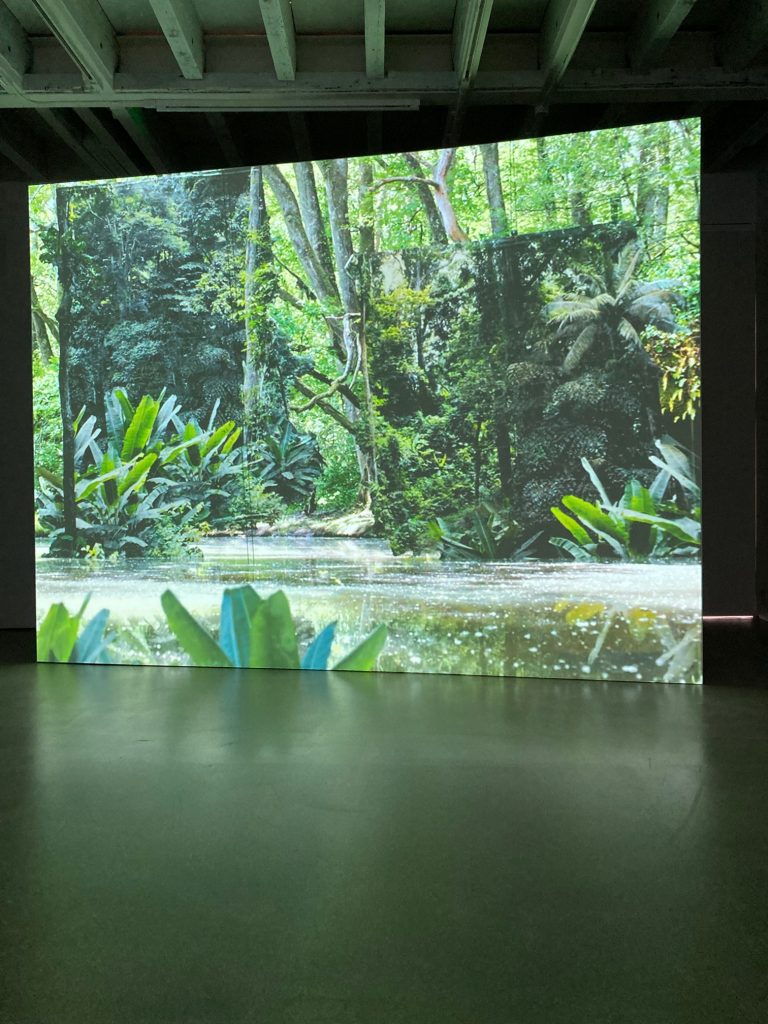 I was most impressed by her film “Inhale, Exhale” which she staged as an intervention on a marshland lake and which questions how humans were able to cross the Arctic to America during the last ice age some 18,000 years ago. Slowly, several large scale backdrops depicting images of palms and dense forest vegetation emerge from the lake, hoisted up with noisy mechanical sounds and these increasingly occupy the space until they entirely transform the landscape. Then they gradually re-immerse themselves into the water and disappear from view. Goudal’s film collapses geological time and space and presents a landscape in a constant state of flux. I was transfixed and had to watch the looped film over again.

Quoting from Goudal. “It’s about re-finding our place.. this show is very much about paleoclimatology – how scientists are studying the past climate to understand the past and help us predict the future”.

I highly recommend this little gallery showing a big exhibition.

Next time, I shall be visiting a big gallery showing a blockbuster: the V&A’s “Known and Strange” with photographs from their collection. Plus their exhibition of “Industrial Sublime” images by Maurice Broomfield which capture factories with their workers in an era of rapid transition, depicting the remnants of the industrial revolution alongside emerging technologies.