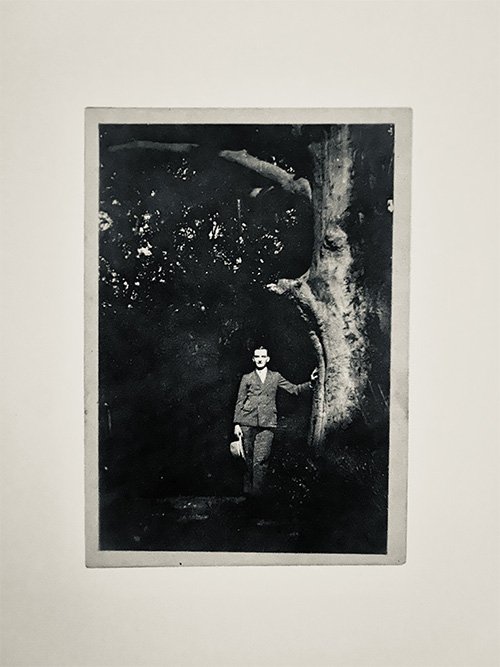 For just over a century analogue snapshots have been accumulating in the bottom of drawers, old boxes, family albums or even the bin. It is said that the purpose of a family photograph is often the only tangible reference to a past life, to preserve memory and are viewed as a respectable history to be passed from one family to the next with the notion of leaving a trace for future generations.

Vernacular photography, generally referred to as snapshots, are typically presumed to be made by non-artists, the everyday public. These ordinary, banal photographs are the ones that adorn the home or family album and yet are rarely seen within the confines of the museum or gallery space. Typically lacking contextual information or basic identifiers such as the names of the subjects, locations, and anonymous photographers – they are often referred to and appreciated solely in terms of technique, aesthetic composition, and their amateur status.

Val Williams’ recently published book, Men Alone, is a collection and sequence of such images. As the title implies, this small sized publication features numerous photographs of single men that Val collected and assembled over time from various junk shops notably Roberts Rummage situated in the Hastings Old Town. A narrative builds on the basis of the images contained within the book, the viewer returning to linger over some that fascinate or resonate something special. Men standing, men sitting, men posing, hands on hips, hands in pockets are depicted in the small monochrome images, all alone as they present themselves to the camera. Even with a lack of information the images intrigue and draw the viewer in revealing the power of photography as a technology of personal, familial and social history.

This collection of images taken and composed by complete strangers of single men with their casual yet similar postures, reveals an intimate aspect of everyday life that is common and familiar to us all. The photographs remain untouched and mostly in pristine condition. Once discarded to end up in a dusty junk shop they now hold our gaze with a significance and value. 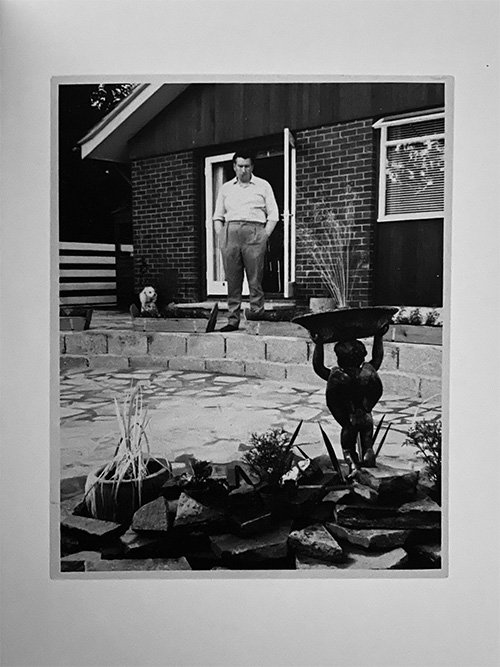 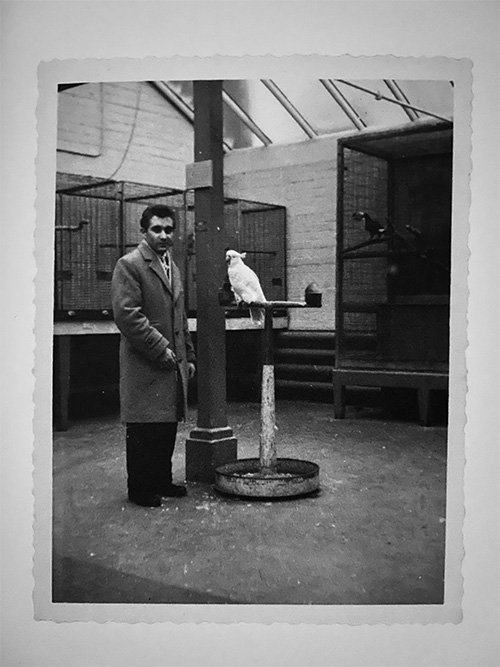