Maurice Bloomfield + Known and Strange at the V&A

The V&A Museum in London is presently showing two exhibitions in their Photography Centre, both worth a visit. Allow yourself plenty of time though to negotiate through this vast museum and do pause at the entrance of the Photography Centre just to admire their impressive collection of vintage cameras on display.

Bloomfield shows his black and white views of early 1950s factory environments in the first Room. He is the father of the documentary film maker Nick Bloomfield, and had an unconventional, very contemporary perspective on the subject of factories and technology. Using his large format cameras and lighting system, his dramatic images captured factories and their workers in an era of rapid transition, depicting the remnants of the industrial revolution alongside emerging technologies. His work fits the 18th century theory of “the sublime”, using vast scale and focussing on form and structure rather than content. I was transfixed by his clever use of light and shadow, and very pleased to see that he used my favourite old camera, the Hasselblad 500C. Although his work was commissioned to illustrate reports and promote products for manufacturers, he did in fact make industry look glamorous and sexy, through his carefully staged settings. His archival images serve as a valuable record of early industry, the factories, and communities of workers in post-war history.
Website | @mauricebroomfield

Also, at the V&A Known and Strange focusses on the concept of interpretation and imagery. That’s an angle often taken by degree students when theory questions the notion of “reality” and photography attempts to transform the familiar into the unfamiliar and make the ordinary extraordinary, to blur fact with fiction. The many artists in this V&A’s collection include emerging and well-known photographers, such as Mitch Epstein, Dafna Talmor, Paul Graham, Susan Meiselas.  This theme has been covered many times before but the collection here is worth a visit, if only to reinforce the belief that cameras can and do lie and interpretation by the viewer is everything. Interpretation, the theory goes, depends on the “baggage” carried by the viewer in terms of his/her/their culture and context.  Again, I am reminded that this is debated by degree students in contemporary art and photography classes, but often overlooked in today’s powerful visual media seeking to bombard societies with different political messages and put fear into the public minds in order to control. The exhibition of “known and strange” quite rightly encourages thought and provokes question. 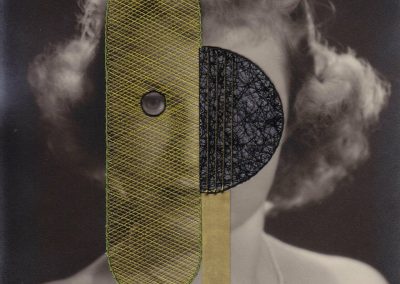