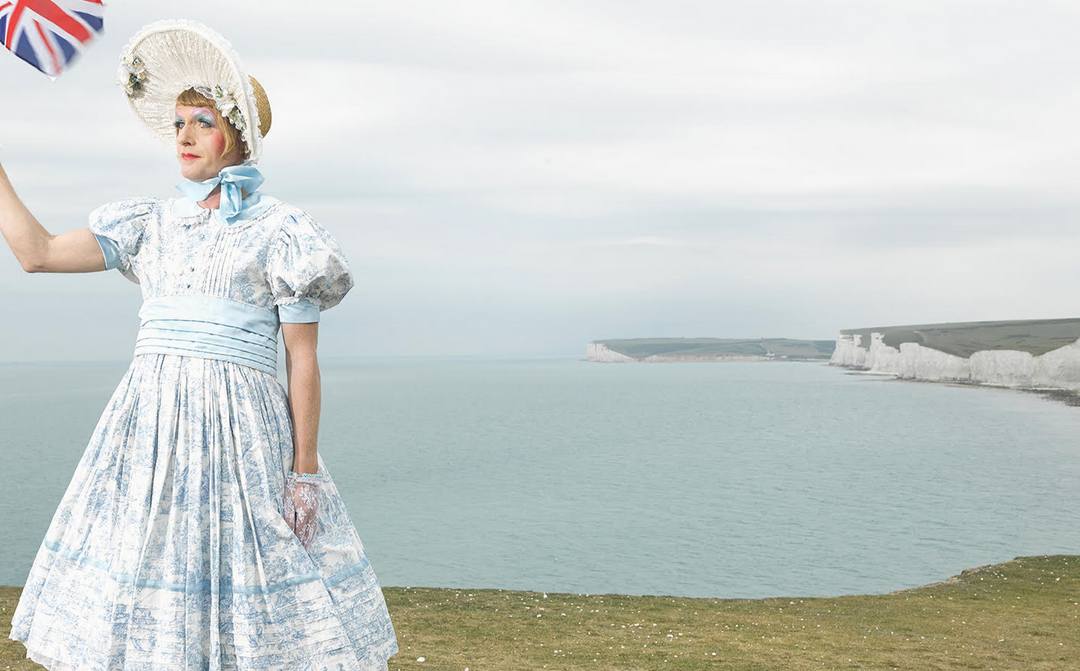 There is always a first time for everything. And this year was gallerist Lucy Bell’s first time exhibiting at the international photography show, PhotoLondon at Somerset House. The fair has been going since 2004 at the Royal Academy, then Old Billingsgate for a year and then stopped. It was rekindled in 2015, had its Covid hiccups and was back again last year. PH member and Hastings Online Times Reporter Lauris Morgan-Griffiths went to check her out at the Fair.

Walking through the august buildings of Somerset House overflowing with photographs is quite an experience. It might be a little after the event, since the four-day event finished on Sunday 15 May but I wanted to review it because Hastings and East Sussex were so well represented.

PhotoLondon is an international Fair. I was pleased to see that Lucy Bell’s Gallery slotted in and sat easily amongst the other prestigious exhibitors. Lucy Bell opened her gallery in 2001 with her husband, Robin Bell, the renowned Master Printer. Its first incarnation was in Battle and then moved to Norman Road, St Leonards. Lucy Bell’s Gallery space at PhotoLondon looked serious, fun and professional. Almost all the images were black and white and, although she is known for interesting images of rock stars there were no rock faces to be seen apart from Carinthia West’s image of Mick Jagger grinning down.

As many people before, Lucy came into photography somewhat by accident. She had worked for Michael Parkin Fine Art Gallery selling 1850–1950 British art in Belgravia; dealing in artists like Sickert, Whistler and Nicholson as well as finding somewhat forgotten artists and reintroducing them into the market.

She then went to do a degree in sculpture at London Metropolitan University. However, pregnant at the time, working with toxic materials was not a great idea so since she had always taken pictures, she slipped seamlessly into photography.

After completing her studies, she saw that there was very little opportunity to show new talent. She approached Terry O’Neill to run an Award for young upcoming photographers which would give graduates an opportunity to enter their end of degree work. Robin Bell was O’Neill’s printer at the time and they had friends who were involved with inventing the transferral of images online. The Award existed for about eight years. Lucy says “between us we built a very early version of an online award”.

Walking around the whole Fair was exhausting. I found there were some images that seemed rather in the same vein as other, better, photographers and there seemed a brashness of colour and image. There is still the feeling that big is better – I personally do not subscribe to that theory. If an image is good, it does not have to be in your face. Looking at the stands I would find myself attracted to the smaller images that you need to really look into to see it.

Ukraine’s presence was definitely there. A French gallery was representing a photography group called the Kharkiv School of Photography from eastern Ukraine from the 1960s which experimented with the photography image and responding to the social and political reality of the Soviet and post-Soviet eras.

The well-respected photographer Philip-Lorca DiCorcia back in 1986 took rolls of film in Odessa, only one of which was published. Until now, they have languished in his archive. Looking at them again, in view of current events, they have a poignancy, seeing a functioning city and people happily going about their everyday lives. Philip-Lorca diCorcia in conjunction with the galleries Sprüth Magers and David Zwirner these images for sale for about £200, unsigned in an open edition, with proceeds going to the Red Cross.

Lucy was delighted how the four days went. She sold nine photographs which made the whole exercise viable and enquiries were still coming in after the Fair had closed. She also met old friends and contacts that she had not seen for years and made new contacts too. She would love to do it another year but her sights are also on ParisPhoto which is really prestigious. Good on her, the girl’s done good.

Having exhibited at PhotoLondon in Room E3, the work in this forthcoming exhibition is based around the series and storytelling within that series. It includes work from Ken Russell’s iconic series on “The Last of the Teddy Girls”, Derek Jarman’s Cannonization as St Derek of the Order of Celluloid Knights, Surrounded by The Sisters of Perpetual Indulgence in 1991 and Carinthia West. 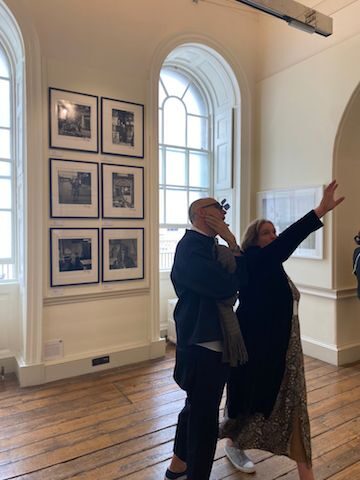 Article by Lauris Morgan-Griffiths :  @laurismorgangriffiths
Original article reproduced by kind permission of Hastings Online Times and Lucy Bell Gallery.
Information : Lucy Bell Gallery | @lucybellgallery
You can visit Lucy Bell’s gallery online or in person at 46 Norman Road, St Leonards-on-Sea, TN38 0EJ.
The gallery is open Thursday to Sunday 11am to 4pm – on Saturday’s it is open from 10am to 5pm.
All images ©
Main image : Land of Hope and Glory – Grayson Perry at Birling Gap © Richard Ansett and Lucy Bell Gallery