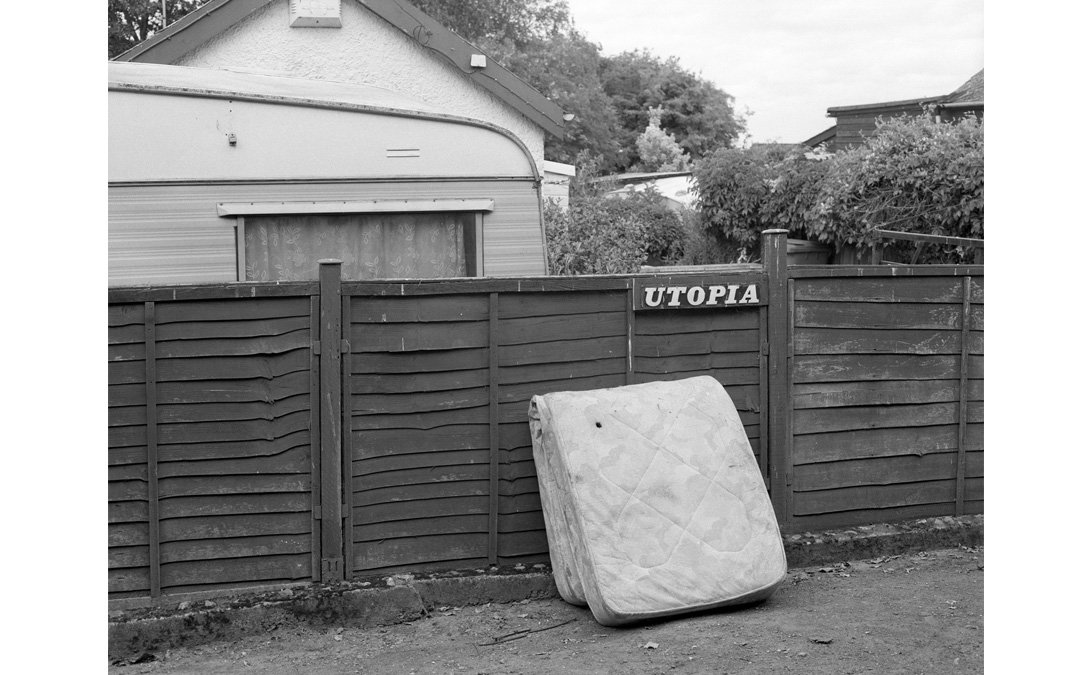 An exhibition by Ian Land.

On June 23rd 2016 a narrow majority voted for the UK to leave the EU. In the wake of this vote mainstream British politics polarised in a way not seen since the late 1970s. For some years I intended to walk from my home in Hastings along the coastal route all the way to London. The original idea was to take photographs of everything except the sea itself, to show the effects of the sea on the landscape and the built environment, but to avoid the customary dramatic seascapes so traditionally beloved of photographers and painters. I began the project in September 2016. As I started planning the route it became clear most of my walking would be through Sussex and Kent coastal regions which had voted solidly for Brexit in the June referendum, and as I began the walk itself, I realised the referendum result had changed my attitude to the coastal landscape I love so much. As I walked, Union flags seemed much more prominent than I recalled previously, the multitude of Keep Out and Private signs which had always been there took on a sinister air, and the irony of walking for many miles on land closer to France than it is to London became overwhelming. For the first time in years, Englishness and the English landscape began to feel alien and forbidding to me, and Europe itself felt like a place on the verge of crisis, chaos and an ascendant authoritarian populism.

“Cockaigne is a land of plenty in medieval myth, an imaginary place of extreme luxury and ease where physical comforts and pleasures are always immediately at hand and where the harshness of medieval peasant life does not exist.”