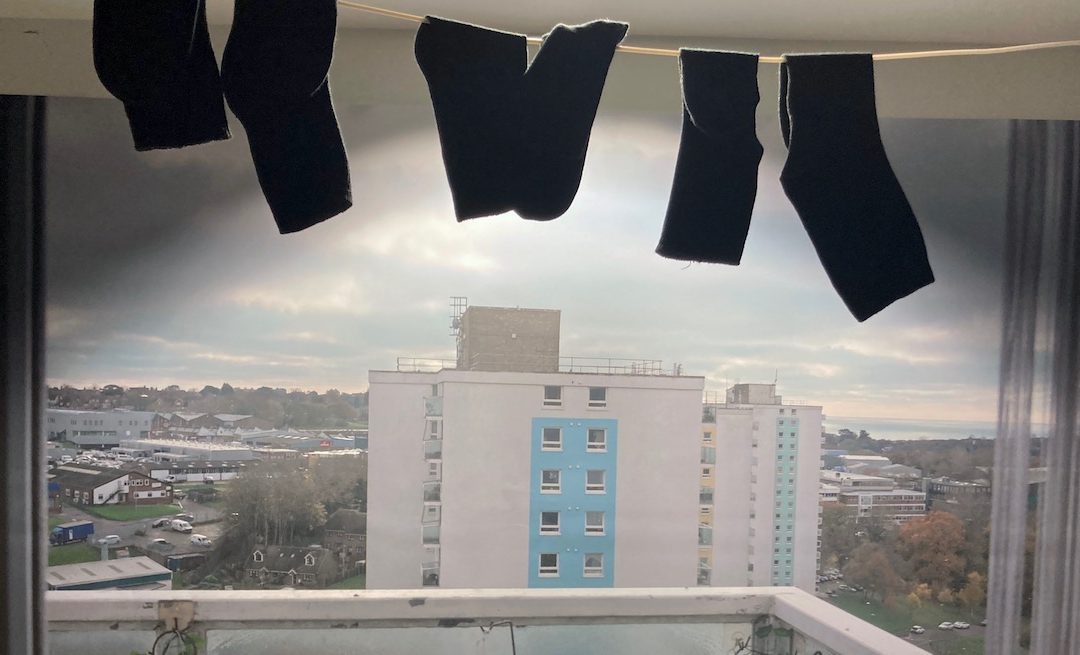 A collaboration between Explore The Arch Theatre Company and SERIA project in Kyiv, Ukraine

It was in the lost and forgotten week between Christmas and New Year that I made my way across the blowy cold seafront to the Stade Hall. I have exhibited there before but today the place was unrecognisable, totally transformed into a new theatrical space, blacked out and lit delicately, with a sombre but warm neutral cardboard palette.

This was the realisation of a complex project between Hastings and Kyiv devised by a very innovative team put together through an initial meeting between Dasha Podoltstseva, architect and from the Seria_project and Gail Borrow, creative director of Explore The Arch, a global majority led company exploring the theatre of domestic life in intimate experiential theatre performance and site-specific installation.

Dasha was brought up in one of the panel frame apartment blocks in Kyiv known as panelka, which was the title of the dramatic iteration of the show at the HQ of Explore The Arch, a domestic space used for performance. Her tales of being a child in her grandmother’s apartment, living with the grumbles of the heating season, the giant bed, the idiosyncrasies of doors, handles, cupboards, the mechanism of the great machine of living that is a complex apartment block resonates with those of us who have lived in such spaces and her memories fed this beautiful theatrical performance. Special commendation from me goes to the beautiful, looped violin of Sam Brown and the sound design by Frank Moon.

This festive week the project culminated in the Stade Hall. Here there was an emphasis on reflection, parallels, convergences, comparison and contrast between multiple stories of living in communities of high-rise accommodation in Hastings and Kyiv. The two neighbourhood spaces chosen were the Four Courts in Hollington and a mirror community in the Ukraine capital.

The installation foregrounded stories of those living in the blocks. From Bert, who tells of how he only had a sleeping bag when he moved into the block to Zhenia who expresses her dislike of panel’ka as a housing solution, many tales have been collated, translated and performed visually with images of the buildings in a video installation by video artists from Ukraine and Hastings co-ordinated by Rod Morris.

There was so much ingenuity and beauty to admire and enjoy in the installation. I personally loved the projection onto the back of the semi-shiny leather armchair. I adored the colour palette with browns and greys. A great joy was to play a game with broom and black socks, a satisfying physical experience based on the labour of domestic work. It was so clever to repurpose a kitchenette area in the Stade for this – the kind of space that is usually felt to upset the space where an exhibition happens.

The interactive points of the show were so pleasing. Pulleys and buttons initiated cardboard mechanics that interacted with video simulating domestic processes such as going up and down in a lift. The way the moving photography was included in the installation was very effective. And although it was delicate – made from cardboard, wire, strings rather than steel and concrete – the show felt generally robust if handled with care. It was engineered fit for purpose with a low footfall and respect from visitors.

Sadly it was very difficult to obtain visas for those participant early career artists from Ukraine for the exhibition. They would have had to go to Poland and wait for a week while their application was processed so many were unable to be present. Two Ukrainian young artists were exempt from this problem in that they were already living in the UK for their music studies at Trinity Laban Conservatoire in London, Elizabeth and Catherine Rajhans. They are both harpists and one splendid addition to the show was their two concert harps, one on loan from Trinity and the other their own, whose journey from the music shop in Germany through the borders of Europe and UK to arrive in time for the exhibition was a story affected by war with a happy ending. The delivery was held up and, when war broke out, the harp was stuck on the Polish border. This was fortuitous as, had it been in Kyiv, it would still be in the Ukrainian capital as the family left at the outbreak of war on a train.

The sharp deadlines which come about as a consequence of the funding process meant that the exhibition struggled with the wind and cold weather but despite the odds the team achieved something very magnificent. The ‘lunchtime live’ events with music were at capacity, with many young families and the performers and co-ordinators got to enjoy much activity with these visitors. And if you were one of the many unlucky ones who missed the show, there will be other shows to come co-ordinated by Explore The Arch and as a result of these high-rise connections which will be worth travelling to see. Gail Borrow adds, ‘We were very well supported by Hastings Borough Council who became a partner with the project. HBC officer Kevin Boorman worked tirelessly with the core team from the outset and the Cllrs for Hollington and Wishing Tree areas were really hands on.’

The programmed notes wish that 2023 will bring peace and stability. There are too many on the production team to credit here but the installation team were @PoorlyBeetle, Gail Borrow, Frank Moon Rod Morris and Dasha Podoltseva, and camera persons Svitlana Dolbysheva, Sasha Lulina and Rod Morris. The project was the result of a collaboration with SERIA project in Kyiv, introduced to the Hastings art community by Elena Michajlowska and Margarita Novikova. 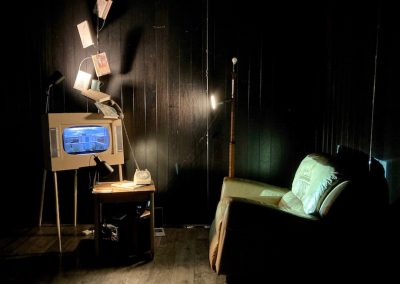 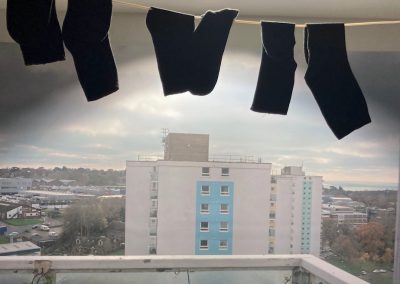 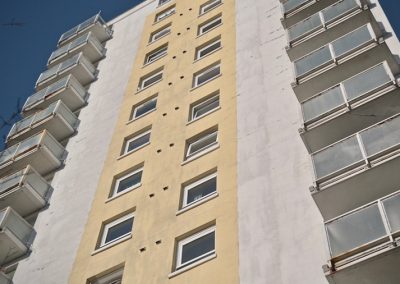