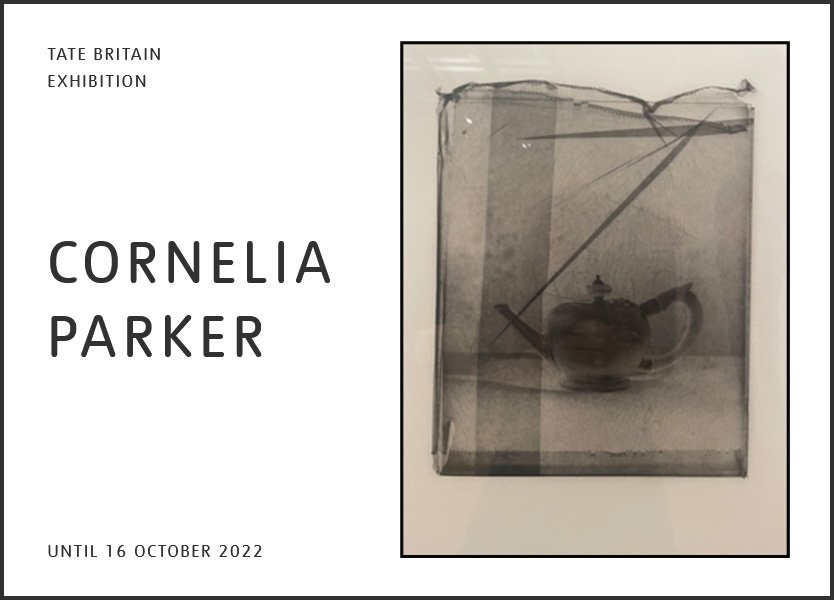 As one of Britain’s leading contemporary artists, Cornelia Parker (born 1956) is responsible for some of the most unique and unforgettable artworks of the past thirty years. I have always admired her practice and was very excited to visit this major exhibition.

Driven by curiosity, Parker transforms seemingly everyday objects into extraordinary works of art. Through visual allusions and metaphors her works explore contemporary issues such as violence, human rights and environmental disaster, yet alongside these themes there is sometimes a surprise element of (dark) humour. The exhibition brings together over 90 artworks from immersive installations, sculptures, film, photography and drawing, celebrating the breadth of Parker’s highly experimental and wide-ranging career to date.

Several of her best-known early works are on view including Thirty Pieces of Silver 1988-89, an installation of flattened silver objects including teapots, candlesticks and dinnerware collected from charity shops and car boot sales; and Cold Dark Matter: An Exploded View 1991, a garden shed frozen at the moment of explosion, its fragments surrounding a single lightbulb.

The exhibition also spotlights Parker’s works on paper, including drawings, photographs and prints, as well as more intimate sculptural objects. Highlights include the Avoided Object 1999 photographs of clouds, taken on a camera once owned by an Auschwitz commandant; and the series of photographic works Thirty Pieces of Silver (Exposed) 2015, (21 polymer photogravure etchings on paper) depicting antique silverware Parker found in Brick Lane market. Still contained in transparent glassine bags and bearing the scribbled printing instructions from the original photographer Parker made a series of beautiful, ghostly photogravures, where the plates have become objects, their shadows etched onto plates and then printed.

There are several short films showing back-to-back within the exhibition, including Left Right & Centre 2018, filmed by a drone at night in the House of Commons; and Election Abstract 2018, documentation of Parker’s observations during the campaign, posted on her Instagram account. Possibly my favourite film piece showing is Made in Bethlehem 2012-13, depicting a Palestinian father and son as they weave thousands of barbed crowns ahead of the influx of Easter pilgrims.

More recent room-sized works are on show such as War Room 2015, created from the reams of perforated red paper negatives leftover from the production of British Legion remembrance poppies, and Magna Carta (An Embroidery) 2015, a thirteen-metre long collectively hand-sewn embroidery of a Wikipedia page, which involved over 250 volunteers including public figures, human rights lawyers, politicians and prisoners.

Exhibited in the final room is Island, 2022, a new work, created for this exhibition. Recalling her childhood, a greenhouse with strokes of white cliff chalk sits on a floor made of tiles recovered from the Houses of Parliament and a central lightbulb pulse inside, casting shadows around the walls. Parker gestures to our uneasy future suggesting, in the exhibition guide: “In our time of Brexit, alienated from Europe, Britain is emptied out of Europeans just when we need them most. The spectre of the climate crisis is looming large: with the crumbling coastlines and rising sea levels, things seem very precarious.”

Images are from the series ‘Thirty Pieces of Silver (Exposed)’ 2015, 21 Polymer photogravure etchings on paper. 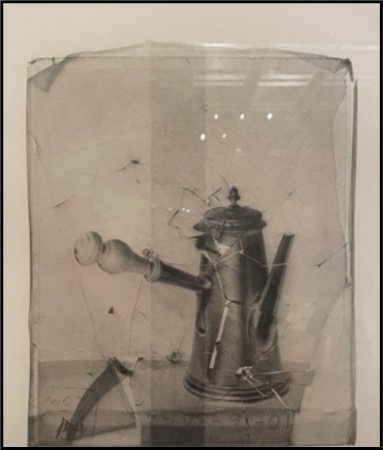 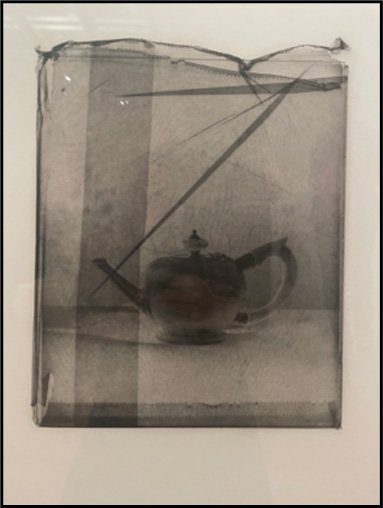